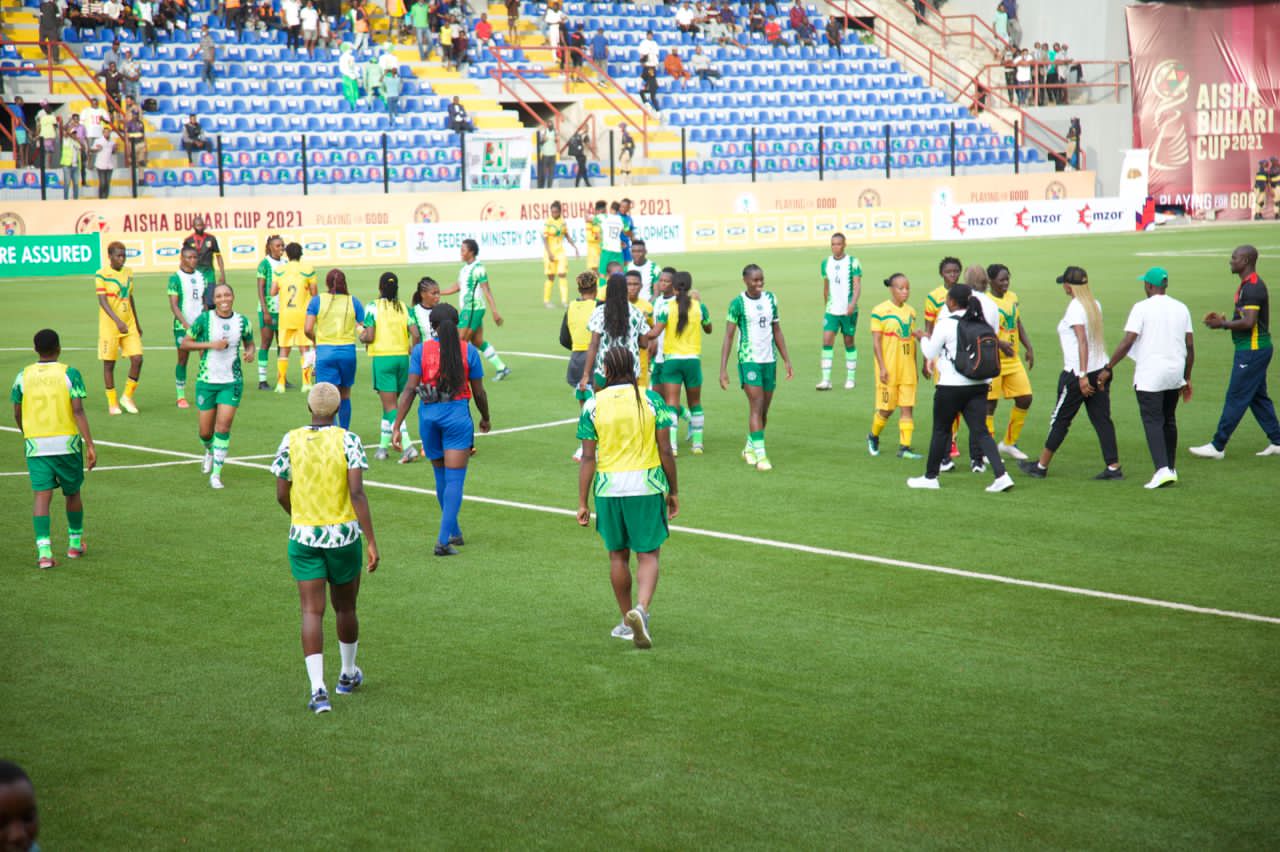 Nine-time African champions edged Mali 2-0 in the opening match of the Aisha Buhari tournament. The exciting match played at the Mobolaji Johnson Arena, formerly Onikan Stadium, Lagos, saw Monday Gift fire a brace to secure the win for the Falcons, after a colourful opening ceremony.

Governor Babajide Sanwo-Olu was joined by the President of the Federation International Football Association (FIFA), Gianni Infantino, to attend the opening round of the maiden Aisha Buhari Women’s Cup.

First Lady of Lagos, Dr. Ibijoke Sanwo-Olu and members of the Lagos State’s Executive Council were not left out. The stands were also filled with teeming green and white supporters who serenaded the stadium with songs, dances and band performances.

The tournament, themed “Playing For Good”, is aimed at uplifting the girl child in the continent, and seeks to promote female football in Africa, gender equality and draw attention to development issues affecting women. The Falcons will aim to continue their good form in their next match against South Africa on Tuesday, September 21st, 2021.

We, at MTN, are proud to be the Platinum sponsors of this tournament as well as the Official Communications Partner of the Super Falcons.

Head over to the gallery to see pictures from the match. 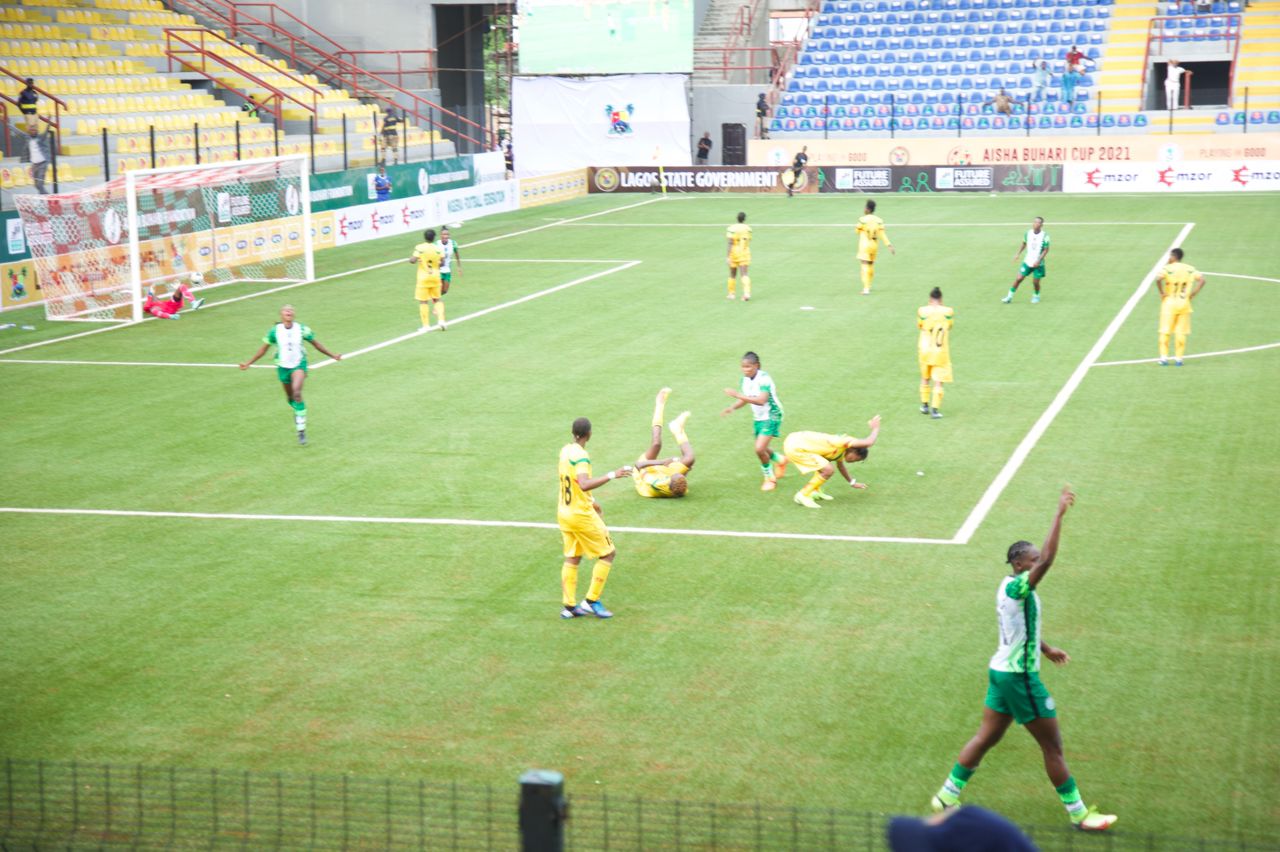