Iheanacho: We Were Not Scared of Egypt 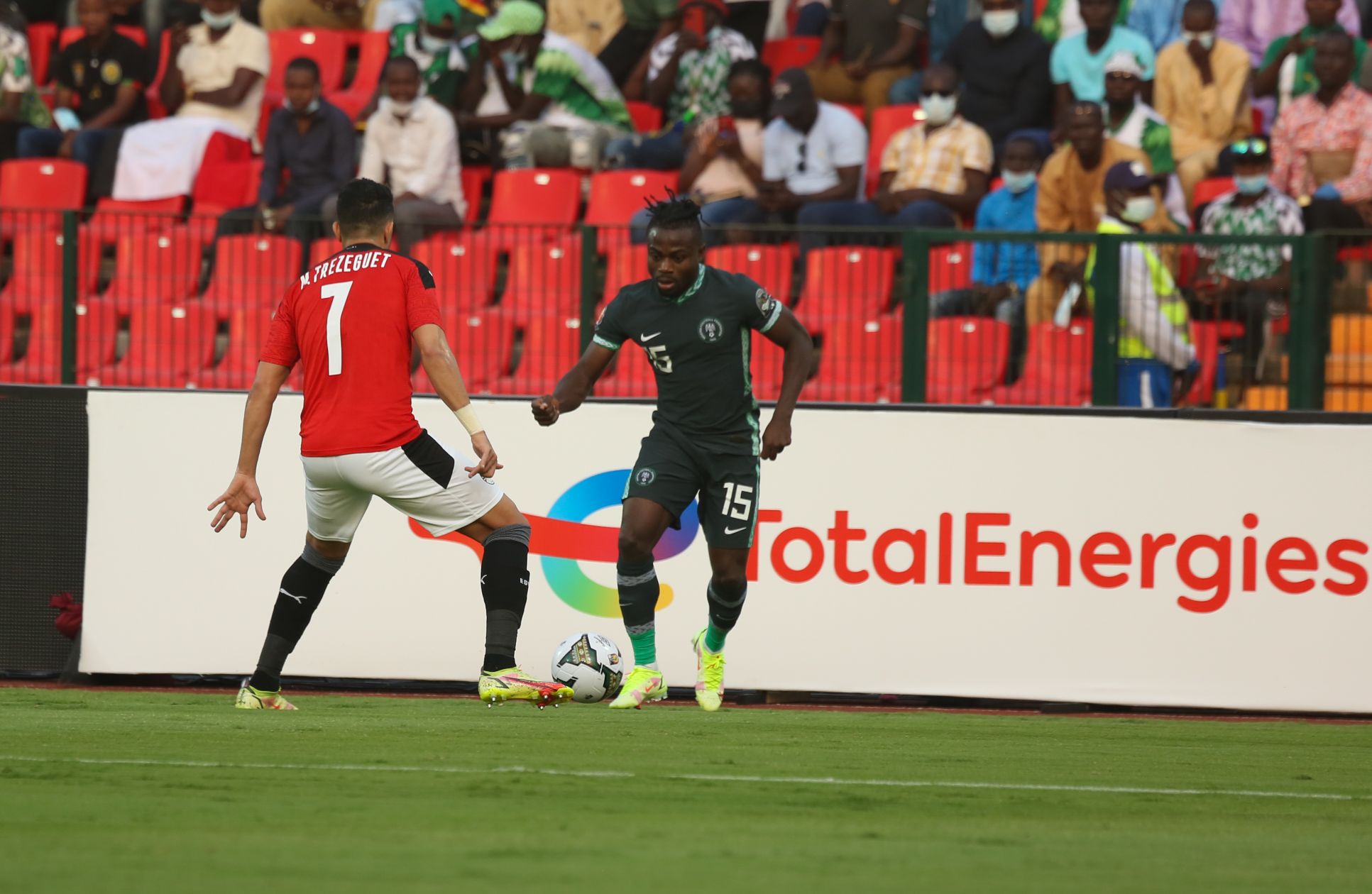 Match winner, Kelechi Iheanacho was pleased with our 1-0 against Egypt and declared the team’s aim is to get to the final and win the tournament.

Coach Eguavoen also gave some insight into his tactics and how we managed to keep Salah quiet.

Kelechi Iheanacho’s 30th-minute strike was enough to seal the win and set the pace for the Eagles to qualify for the next round with a win against Sudan on Saturday.

Kelechi Iheanacho (Man of the Match):

I am happy to represent my country, I am happy to score and hopefully, this team can work together and achieve our aims, get to the final, and win the tournament.

We prepared for this game and the competition, we have been working hard since we resumed in Abuja. Egypt are a strong team and they have great players but we were not scared of them. We have confidence and we have a good team.

The reception has been great since we arrived in Garou. It has been an interesting tournament from the first game.

We know the strength of our players. We know Ejuke is good from the left side, and it was impossible to substitute Simon. It was a tactical change and Ejuke had chances to finish the game. For Umar, maybe the first time on such a big stage, he gave me some excuses after the game and we will talk to him later.

Salah is one of the best players in the world. The strategy wasn’t a specific marker, but we instructed the players to close him down at any time and there must be a second player behind the marker.

The same set of players, every coach has their style, philosophy, and leadership. I told the players to see me as their brother and father. For my assistants, I called them my colleagues. We have a path towards the same direction and we have the privilege to serve the country.

Nigeria deserves their win, we will recover and be ready for the next two games. We respect Nigeria a lot, we didn’t play well in the first half. In the second half, we dominated. We lost the ball very quickly, we lost cohesion, but in the second half after the first half conversation, we played and control the game.

The Super Eagles play Sudan on Saturday, January 15, 2022. We will be cheering the team and hoping we pick up three more points.