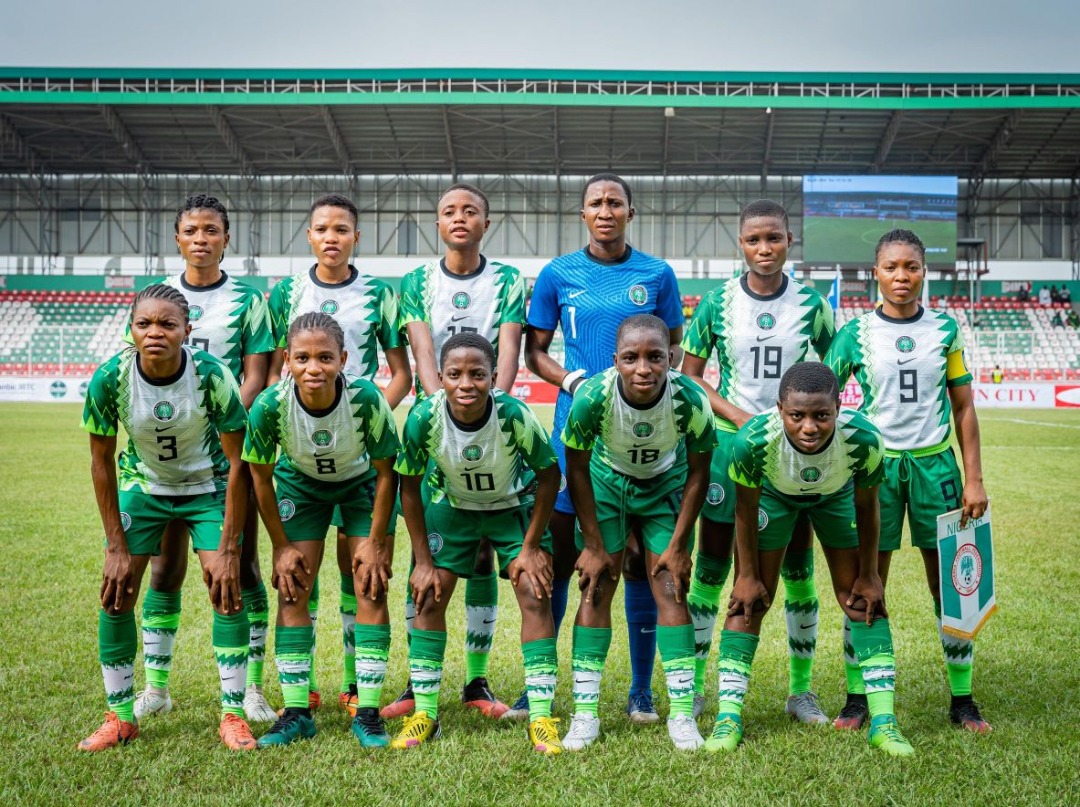 The Nigerian U-17 female team, The Flamingoes, made light work of their opponents, DR Congo, defeating them 5-0 on Saturday, March 19th, in Benin City, to qualify for the next round on an 8-0 aggregate scoreline.

The Flamingoes convincingly won the first leg 3-0 in DR Congo with goals from Blessing Emmanuel, Tumininu Adesina, and Taiwo Ajakaye setting up the tune for the second leg.

Opeyemi Ajakaye continued where she left off in the first leg by opening the scoring in the 5th minute of the game. She wasted no time in getting her second nine minutes later to make it 2-0. Oluwatunmininu Adeshina made it three in the 23rd minute before Doosur Atume added a fourth in the 62nd minute. Taiwo Afolabi completed the scoring in the 88th minute to give the Flamingoes an emphatic win.

They will face Egypt in the third round as they bid to qualify for the 2022 Under-17 Women’s World Cup.

The 2022 FIFA Under-17 Women’s World Cup will be the competition’s seventh edition and will be held in India from October 11 to October 30.

Peep the gallery for pictures from the game.