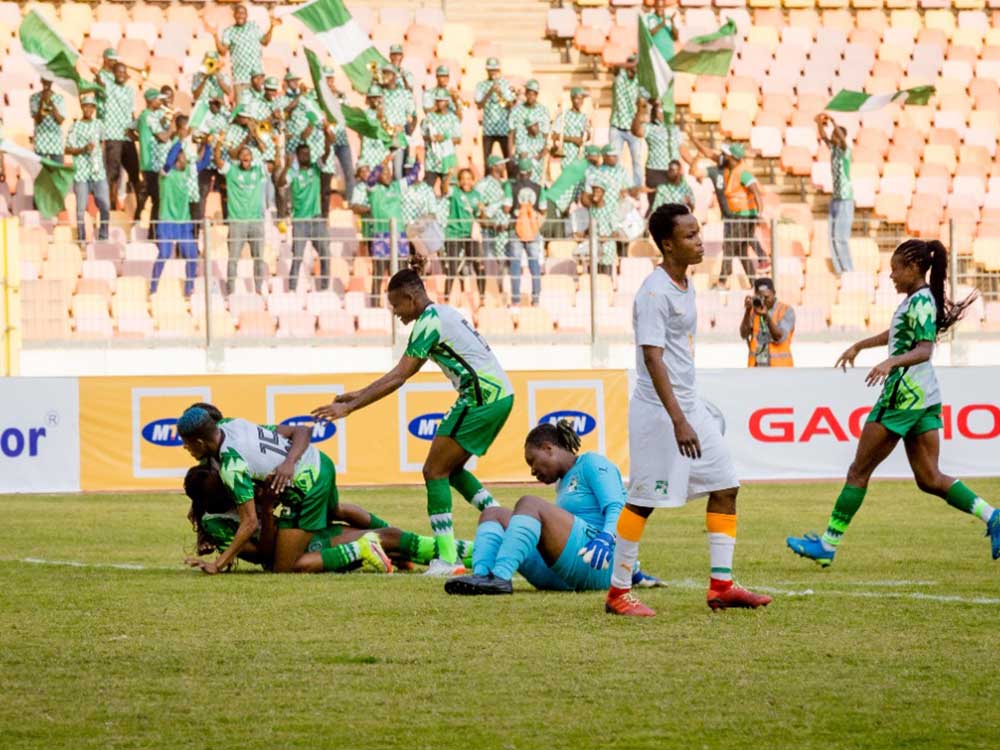 Ifeoma Onumonu got both goals on either side of halftime, as the Super Falcons put up a decisive display to thrill the Abuja fans in the tie’s first leg.

The second leg will be played today, Wednesday 23rd February 2022, at the Stade Robert Champroux in Abidjan, Ivory Coast, by 5pm.

The Super Falcons head coach, Randy Waldrum was bullish of his side’s chances ahead of the game. He says they won’t sit back on their two-goal lead in the tie but instead would look forward to scoring more goals to put the tie to bed.

“I’m confident. We got the win and scored two goals (in the first leg), but we all know there are two legs to it. So, we have to come out with the attitude that we have to score goals here and win the game. We can’t sit back and try to protect that two-goal lead.”

Asisat Oshoala will miss the game as she is still sidelined with an injury, but according to Waldrum, this will not deter the girls. He says, “I think the girls have moved on. It was disappointing the day she was injured. For a few hours, it was a bit of shock, but then they realized the next player had to be ready to play. Their mind is completely on the game.”

The Super Falcons, the reigning African champions, will be aiming to qualify for the tournament, which holds from the 2nd to 23rd of July 2022 in Morocco. An added incentive for the Falcons is that the four semi-finalists from the Women’s Nations cup will qualify automatically for the 2023 FIFA Women’s World Cup that will be played in Australia and New Zealand.